Portraits of a Merchant Family 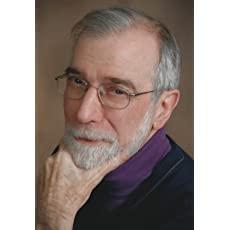 While researching our paper, The Wrong Marshall, Megan met Tim Benthall on an online forum. This was fortunate as Tim has provided us with a lot of invaluable information and a number of family documents that we could not have obtained otherwise. Our favourite is what we call “The Analogue Photograph“. This was a document signed by all the descendants of Dorothy Marshall (neé Chadder), the wife of Dr. William Marshall, who were present at her 80th birthday function on 29 August 1822, before the invention of cameras. We both enjoyed working with him.

Tim was working on a book about his Benthall ancestors that is now complete and has been published. PORTRAITS of a MERCHANT FAMILY is an elegant and impressive book in coffee table format available on Amazon:

Benthall Hall is a National Trust property in Shropshire. It contains about 70 portraits that depict eight generations of a single family, together with their many relatives. The two portraits on the front cover are of William Bentall and Dr. William Marshall. They met in Devon and became friends in around 1760, one a young merchant and the other a medical student. They remained friends for life, and became the patriarchs of that large extended family. Their children and grandchildren intermarried, and in the 19th century this clan exemplified the importance of “incest and influence” in maintaining a successful merchant class (as engagingly described by the anthropologist Adam Kuper in his book of that title). Its most successful members sometimes brushed with greatness, becoming entrepreneurs or civil servants in the British government and its colonies. Several others lived colourful but less respectable lives. The author draws on public and private documents to bring this family to life and show how, for better or worse, they lived through the political and social developments of the 19th and 20th centuries.

Any net profits from sales of the book will be donated to the National Trust.

T. P. Benthall was born in Calcutta (now Kolkata) in West Bengal and educated in England. After graduating from Cambridge University with a degree in Mathematics, he spent over fifty years working with computers, as an operations research analyst, management consultant and executive at a computer software company, before being coaxed into becoming a genealogist and amateur social historian.

Whilst the book is primarily about the Benthall family, it is also a wonderful source of pithy information about the Marshall, the Adams, the Drake and the other families who joined together to further their own joint interests. It is meticulously researched and presented and definitely a must read for anyone with an interest in these families.

The book is previewed here on the Amazon US site. If you wish to buy it, you will need to find it on your local Amazon site.