Whatever happened to ‘Alma’ and ‘Inkermann’?

Megan came upon a blog post by Philip Boys regarding an intriguing side-story to the Crimean War. The image is a photograph by Roger Fenton taken during the siege of Sevastopol in 1855 of two Russian boys with Colonel Brownrigg. The boys were nicknamed ‘Alma’ and ‘Inkermann’.

The one standing holding the tent pole, ‘Inkermann’, real name Simeon Paskiewitch, was taken back to England where he adopted the surname Sinca. After this photograph was published in 1901, Simeon’s son came forward and this resulted in Simeon being interviewed:

“I remember quite well that photo being taken; it was before Sebastopol, forty-six years ago.”

“After the battle of Alma, when the English, French and Turkish soldiers got into Balaclava, the Russian farmers became frightened, and ran inside the walls of Sebastopol, leaving the grape crops behind them. We boys got out and began picking the grapes, but one day we saw some English soldiers in front of us. We all ran away, and I and the other little one in the picture got under a big tub. Here we had to stay in fright all night and part of the next day. In the afternoon one of the soldiers came across our poor old tub and knocked it over, and there was a surprise for him to see us two frightened little nippers.”

Mr Sinca (or Paskiewitch) went on to tell how they were let go, and were chased and ill-treated by Turks, and finally got into English hands again, and were taken care of by Colonel (then Captain) Brownrigg.

Mr Sinca says he was brought to England and educated at St Mark’s School, Windsor, eventually entering the service of the Earl of Pembroke, where he has been for thirty years. 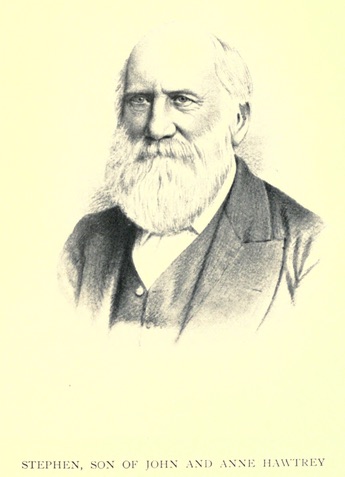 It is this reference to St Mark’s School (“the Working Class Eton“) that provides the interesting link for us because St Mark’s was founded by Rev. Stephen Hawtrey M.A. who was Vicar at Holy Trinity Church, Windsor, and eventually Head of Mathematics at Eton College. He also took Simeon, and other boys, on trips to HMS Pembroke and the Suffolk seaside.

Stephen Hawtrey was also the person who Charles Henry Marshall and Charlotte Augusta Dring Drake chose to marry them in 1857. The Hawtrey and Marshall families were linked over many generations and Charles and Stephen were second cousins. Charles and Charlotte named their second son Hawtrey.

I have also found another point of connection. Simeon Sinca was a seaman in his early years. He was an apprentice aboard The Florence Nightingale from 1863 – 1868 and his first voyage was to Melbourne. The interesting link is that Charles Henry Marshall in a letter dated 4 March 1874 indicated that he was shipping new wool bales to his partner at Glengallan “per ‘Florence Nightingale’ for Brisbane”.

The fascinating story of ‘Alma’ and ‘Inkermann’ can be found HERE