Megan and I visited the State Library of NSW in December 2017 to photograph manuscripts related to the Drake and Marshall stories. Included amongst these documents were a number of sketches by the renowned 19th century artist Conrad Martens and a number of watercolour paintings by Henry Grant Lloyd all depicting Glengallan Station and aspects of the Darling Downs.

The banner image is a section of a sketch by Conrad Martens entitled Glengallan Dec 30th 1851 C H Marshall Esq. The view is from the creek looking towards the north-west and is one of a number he sketched around this time.

The sketch shows the homestead and farm buildings as they were at the time that Charles Marshall and Robert Campbell tertius took control of the station. 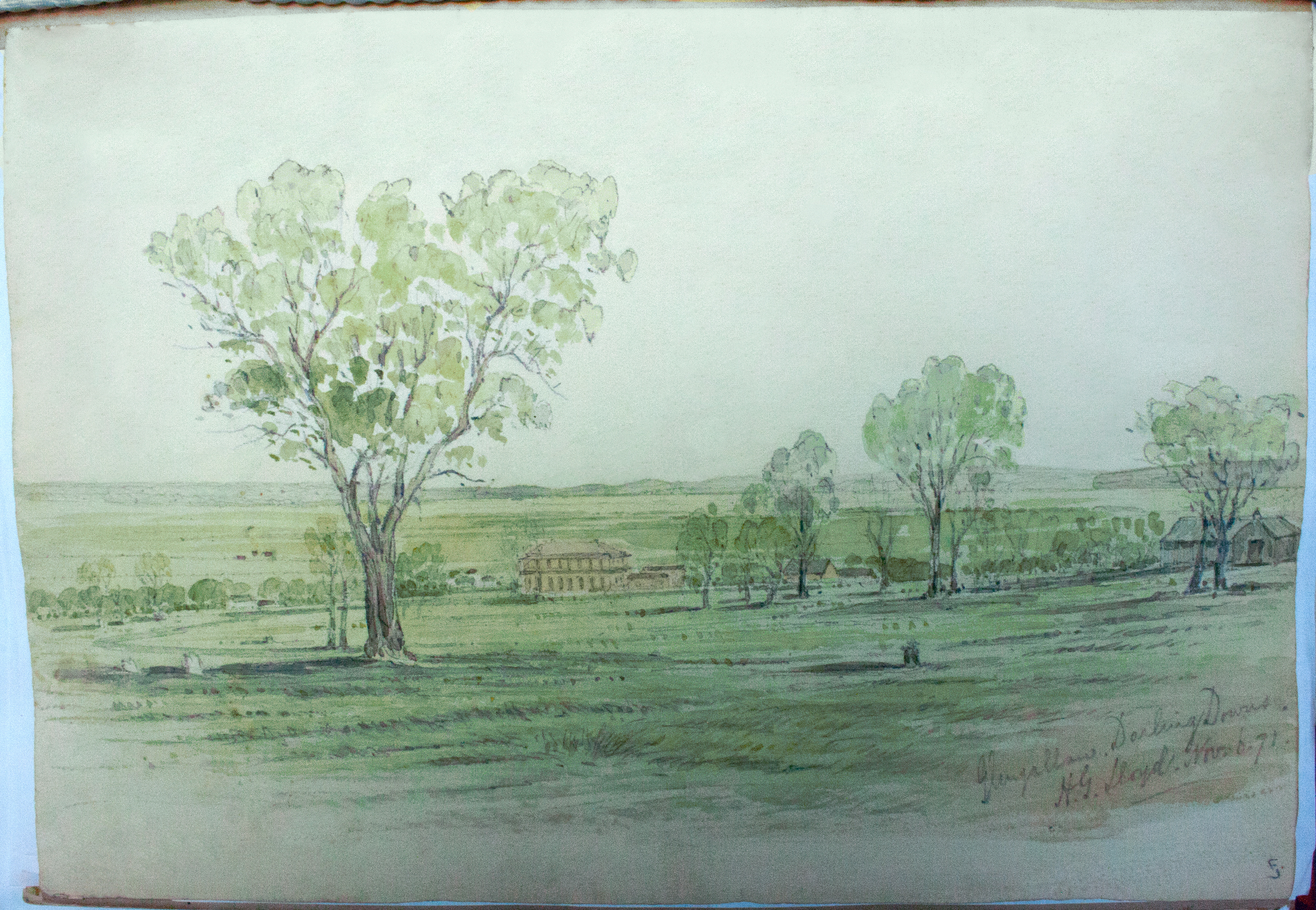 The paintings by Henry Grant Lloyd were painted in November 1871, almost exactly twenty years after Conrad Martens completed his sketches. This painting shows the farmstead as it was around the time of the formation of the Marshall and Slade partnership. It shows the current homestead, built by John Deuchar in the late 1860’s.

All of the documents have suffered to some extent from age. All show the effect of foxing and staining to a greater or lesser extent. The paintings also show the effect of the fading of certain pigments which has caused the images to both become less distinct and to change colour.

I have spent some time with Photoshop® trying to reverse or hide these effects. I can’t claim that the images are now as they would have been when drawn or painted because I have no benchmark for the adjustments I made. But they are now closer to what they would have been like and provide an interesting perspective on Glengallan and the surrounding area in the early 1850’s and early 1870’s.

The full set of images can be seen HERE.

Please also read our copyright statement with respect to the images.