William Marshall and Rebecca Oliver were married on 13 May 1840 at the St. Giles Parish church in Camberwell. No modern photograph of the church is available because it burnt down on 7 February 1841.

Coase took issue with William describing himself as “gentleman” at the time of his marriage, rather than as “clerk” (Coase 1994, 122). This, he said, “elevated his social status and concealed his real position” (Coase 1994, 131). Doing this was not unusual for young men of William’s status at the time. The title was not available to just anyone who felt like using it. Only those of suitable family or social standing could use the term in the way William did, and others actively conferred the term on them. William’s brother, Charles, then a young bookkeeper with the Van Diemen’s Land Company, was referred to as a “gentleman” by James Gibson, the Company’s Tasmanian agent, in a letter to his Directors (Gibson 1846). William was entitled, almost expected, to use the title. This was not an action “to avoid being included among the lower classes”, as Coase suggests. Clerical work was not regarded as a lower-class occupation at that time, especially a clerical position with the Bank of England, requiring, as it did, endorsements and bonds from men of substance (Picard 2005, 117). Interestingly, Coase effectively acknowledged this when he indicated that for Alfred, “lacking any direct knowledge [of the lower classes], learning about ‘the life of the working classes’ became … a research project” (Coase 1994, 121).

The background of William’s wife, Rebecca Oliver, as a butcher’s daughter and an agricultural labourer’s granddaughter, was that of a lower class. 20  Her father’s probate, however, showed him to have been a property owner and Rebecca benefited from this following the death of her mother (G. Oliver 1834, R. Oliver 1838).

Coase suggested that Rebecca was excluded by the Marshalls, implying a boycott of the wedding, when he said, “There is no evidence that any members of the Marshall family attended the marriage” (Coase 1994, 122). This exclusion was emphasised by reference to Charles’s supposed dislike of William, William’s disciplining of his siblings and the lack of contact between William and the wider Marshall family. These assertions need to be questioned. Groenewegen explained the absence of William’s siblings, but queried the absence of the Marshall and Benthall uncles (Groenewegen 1995, 34). 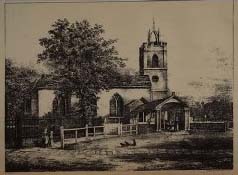 The witnesses to William’s and Rebecca’s marriage were Rebecca’s brother, Edward, and her sister, Elizabeth. The absence of Marshalls and Benthalls as guests at the wedding can be explained without suggesting a boycott on the grounds of social class. William was born overseas and, from 1821, had spent only a short time at boarding school in Totnes, before going to Leith. If he returned to Totnes, it would have only been for a few months before he moved to London. He would have had little opportunity to engage with the Marshall family and, in any case, all his father’s brothers had died. He would also have had little opportunity to engage with his Benthall cousins in Totnes. He had worked for his uncle John Benthall in London for a few years from 1828, but John had married in 1838 and moved to Torquay in Devon. As a result, William was isolated from his wider family. As for his direct family, his brothers Henry, Edward and Charles were overseas, and his sister, Louisa Maria, was living in Devon. William and Rebecca were married by licence rather than waiting for banns to be called, so it is likely there was insufficient time for family to travel from Totnes to London given the lack of a railway connection at that time. Only William’s youngest brother, Thornton, a medical student at Guy’s Hospital, and, according to the 1841 Census, living in the parish of St. Olave’s in Southwark, was a potential guest. Maybe he had commitments at the Hospital or elsewhere. There is no evidence of a boycott.

William Henry Drake (later Sir William Henry Drake K.C.B.), was Charles Henry Marshall’s father-in-law. Drake’s journal entries show a rich engagement with the wider Marshall family, including William and Rebecca Marshall. In the entries for the period surrounding the wedding of Charles and Charlotte in 1857, we see multiple social interactions with William and Rebecca Marshall and their children, both in London and in Devon. Charles and Charlotte even invited William Marshall and his sons Charles William and Alfred to their farewell dinner at Drapers Hotel (Drake 1854-1867; Stevens 2000, 78):

William and Rebecca Marshall called on the Drakes.

Louisa Maria Marshall was still living with her Marshall aunt – one of those who had rallied around when she and her siblings had been orphaned in 1828. She was looking after her nieces and nephew for the summer holiday. Coase commented on Alfred visiting his aunt for summer (Coase 1994, 135). His comment was based on the note to Keynes from Mary Paley Marshall in which she wrote:

In fact he [Alfred] was so overworked at school & by his father, that his life was saved by his Aunt Louise [sic] with whom he spent his long summer holidays at Kenton Cottage, near Dawlish. She gave him a boat & a gun & a pony, & by the end of the summer he returned home brown and well.
(M.P. Marshall 1924)

It is clear that Alfred’s great-aunt was also part of this support for him. The Marshalls did not forget Alfred’s grandfather, William, or his family.

Augt. 28. The Misses Collins (3) called. Letter from Louisa. Note from C.G. & Times. Lu wrote Louisa & I to my Mother. We all went by railway to Torquay Regatta. On board the Rev. Mr. Sayer’s Yatch [sic]. Back at Kenton about 8 p.m. 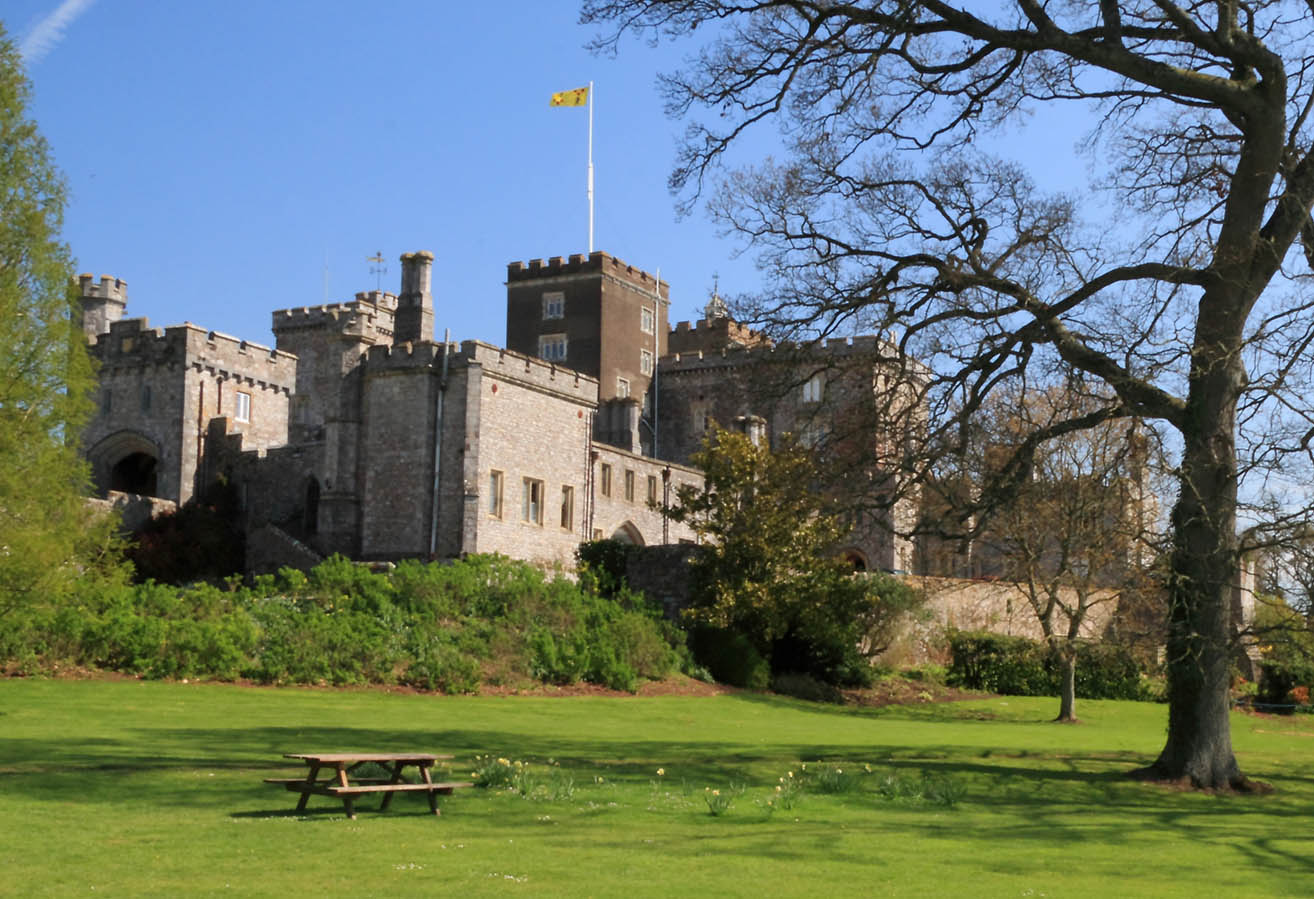 The Powderham Estate has been the seat of the Courtenay family as Earls of Devon since the late 1300’s. They had longstanding political, business, and social connections with the Marshall and Benthall families.

Thomas Peregrine Courtenay had been a contemporary of Alfred’s grandfather, William Marshall (1780-1828).

Dined with Charles and Charlotte Marshall (now married). William and Rebecca Marshall and their children Agnes and Alfred. Mr. Boyd was either the father or a brother of Charles Marshall’s brother, Thornton’s, late wife Mary Frances Meyrick Boyd (1823-1856). Also William Marshall of 19 Regent’s Park Terrace. They then all went to a concert together.

There does not appear to have been any animosity between the brothers; quite the contrary.

Charles and Charlotte then travelled to Australia and the Darling Downs, where they met Nehemiah Bartley on their property, Glengallan, on 13 July 1859, a few months after the birth of their first child and my great-grandmother, Charlotte Louisa. They returned to England in late 1860, and four more children were born there. The bankruptcy of Charles’s business partner, John Deuchar, required the couple to return to Queensland in November 1870 (Queensland Government Gazette 1870, 171). Only their youngest child, Bertram (Bertie), accompanied them to Queensland. They left their four older children in England (Family Chart). The 1871 Census shows that the girls, Charlotte Louisa and Amy, were at boarding school, at Georgina Schonersdotter’s school for young ladies at Eton. The 1871 Census also shows that the two boys, Thornton and Hawtrey, were staying with their uncle and aunt, William and Rebecca Marshall, in Clapham.

This arrangement with William and Rebecca continued while Charles and Charlotte were in Queensland, and even after they returned to England on board the Sumatra in June 1873 (Argus 1873; Hampshire Advertiser 1873). Charles, in a letter from Sydenham, dated 4 March 1874, to William Ball Slade, his new partner at Glengallan, wrote:

Mrs. Marshall is I am thankful to say very well she has gone over in the Carriage today to see our two youngest boys Hawtrey & Bertie at Clapham (C H. Marshall 1874).

Charles died on 10 August that year, and Charlotte inherited his majority shareholding in the Glengallan partnership of Marshall and Slade. 21  In a letter to Slade from Sydenham, dated 21 October 1874, she wrote:

My children are all away even little Bertie, (he does not go to school, but lives with an Uncle & his Aunt teaches him) I thought it best to keep all on as before
(C. A. D. Marshall 1874).

Charles and Charlotte specifically chose William and Rebecca to look after their boys while they were in Australia, from late 1870 until June 1873. They continued this arrangement after their return, and arranged for their youngest son, Bertie, to move in with them as well. They would not have done this if they were not in close contact with William and Rebecca, or if Charles had disliked his brother, or if they had felt that William would brutalise their boys. They clearly trusted William and Rebecca with the independent care and upbringing of their sons even when they were in Australia for nearly three years.

It is significant that Charlotte indicated that Rebecca was teaching Bertie. This raises questions about Rebecca’s background and abilities. There are other questions too. Rebecca’s brother, Edward, was a colleague of William’s at the Bank of England (Coase 1994, 122). His appointment as clerk would have required, as it did for William, the endorsement of men of substance and the posting of bonds. William was sponsored by his uncles John and Thornton Benthall, who each posted bonds of £500 (Groenewegen 1995, 22). Edward was recommended by Timothy Curtis, a Director, and later Governor, of the Bank (Groenewegen 1995, 44). What circles did Edward and his sister, Rebecca, move in that enabled contact with and endorsement from Timothy Curtis? What education did Rebecca have that Charles and Charlotte were prepared to have her teach Bertie? I do not know what it was, but there seems to have been much more to Rebecca than just being the daughter of a butcher and “a woman of considerable beauty” (Groenewegen 1995, 36).

Coase’s treatment of this information is perplexing. He discussed at length details of the 1871 Census with respect to Alfred’s birthplace, but appears to have ignored the census record for the Marshalls in Clapham for that year. This might simply have been an oversight, but as he did read the letters from Charles and Charlotte to William Ball Slade and referred to them in his Essays, I am puzzled as to why he did not comment on the arrangement Charles and Charlotte made with William and Rebecca for their boys.

Other members of the family also maintained contact with William. His younger brother, Thornton, corresponded with him from Australia and New Zealand. In his journal, Thornton referred to “Dear William” and clearly communicated regularly with him and the wider family, and they with him (T. Marshall 1968a; T. Marshall 1968b, 117). William was not disliked by or alienated from his siblings.

William was undoubtedly a strict disciplinarian and there are indications that he could be brutal, but there was clearly more to him than belligerence. His son, Alfred, spoke of him as being “affectionate” (M. P. Marshall 1924). Alfred told John Maynard Keynes in 1891 that his father was “wonderfully unselfish and kindly intentioned,” though unaware of the effect his “extremely severe discipline” had on his children (Coase 1994, 125). William would undoubtedly have been a difficult man to live with. He was, however, clearly keenly interested in his sons’ education, and he and Rebecca made sacrifices to provide them with the best they could afford. He and Rebecca were entrusted with the care and education of Charles’s and Charlotte’s boys. His siblings regarded him fondly. The family embraced and supported him and his family.

I believe that Coase is incorrect in stating that “Uncle Charles, who had felt the sting of the slipper, disliked Marshall’s father, and it must have given him great pleasure to know that in helping his nephew to go to Cambridge, he was also thwarting the wishes of his brother” (Coase 1994,125).