YOU ARE HERE: The Wrong Marshall ► 9. A supportive family

The family’s assistance in respect of the illness of Alfred’s younger brother, Walter, further demonstrates a closeness and support for William and Rebecca and their family. After matriculating, Walter entered Peterhouse College, Cambridge, in 1872 (Venn 1951b, 336). He contracted tuberculosis and was sent to South Africa, where it was hoped that the dry air of the Eastern Cape would help him recover. He unfortunately died at Grahamstown on 25 October 1874 (Pall Mall Gazette 1874). What is not widely known, but is an oft-repeated family story, is that Walter went to live with family members, Jonathan Ayliff and his wife, Susannah. His death notice, signed by Jonathan Ayliff, confirms that he died in their house at West Hill in Grahamstown. 22

The connection was formed by the marriage in 1863 of William Henry Drake, Charlotte’s father, to his second wife, Elizabeth Lucy Wood (Susannah’s sister) (Times 1863). The family rallied around William and Rebecca and arranged for Walter to go to South Africa to live with Charlotte’s step-mother’s sister. Groenewegen surmised that William would have had to pay for Walter’s accommodation (Gronewegen 1995, 26, 39). It is, however, probable that Walter was accommodated at little or no cost, as it is well-known within the family that Jonathan Ayliff was a philanthropist and benefactor.

The other sad event around this time was Charles’s death on 10 August 1874. His death certificate shows that William was “in attendance” at Charles’s death, and it was William who undertook the task of registering his death, undoubtedly to save Charlotte from this sad duty, four months before she gave birth to their son, Charles Henry Marshall junior, born on 2 December 1874. 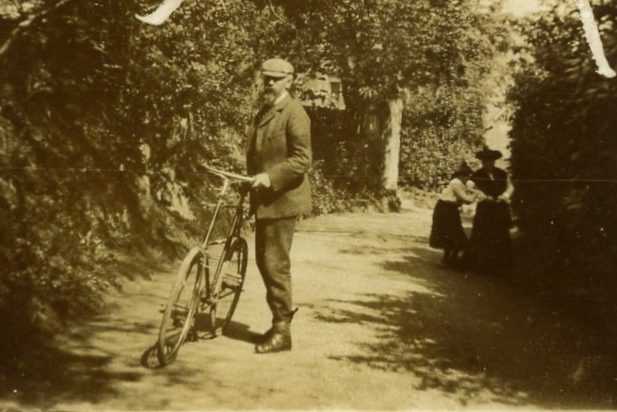 Walter’s move to Grahamstown had an unforeseen outcome that prompted further family engagement. Horace Ayliff, Jonathan and Susannah’s eldest surviving son, was a little younger than Walter. He would certainly have got to know Walter quite well prior to his death and Walter seems to have made an impression. In 1879, Horace entered Cambridge University where he obtained a B.A. While in England, he visited Charlotte, where he met her eldest daughter, Charlotte Louisa, who was to become his wife.

Horace returned home to South Africa after graduating in 1884. Charlotte Louisa followed him, and they were married in Cape Town on 23 May 1885. Before she departed, Charlotte Louisa received a Bible as a wedding present. I have that Bible. It is inscribed as follows:

This was a loving gesture from a religious man. Charlotte Louisa obviously valued it, as the Bible was used to record the births, deaths, and marriages of her descendants (Family Chart). In the context of this discussion, the most interesting entry is the one for Charlotte Louisa’s and Horace’s second son, born in 1896. His name was Walter Marshall Ayliff.

Walter had indeed made an impression on Horace.