The war and concentration camps

YOU ARE HERE: Boer or Brit ► The war and concentration camps

The people and the places ◄ ● ► Harrismith and its concentration camp

The development of the gold mines and increasing influx of foreigners (Uitlanders) to those mines led to increasing tensions between the ZAR and Britain. Britain wanted control of the wealth and was fearful that the Boers would use the wealth being generated to increase their influence in South Africa. The Boers wanted to protect their sovereignty. The Jameson Raid of 1895 was organised by Cecil John Rhodes and Joseph Chamberlain, the Colonial Secretary, in an attempt to prompt an Uitlander revolt against the ZAR government and ultimately allow the Transvaal to again be annexed. The raid failed but raised the political stakes. 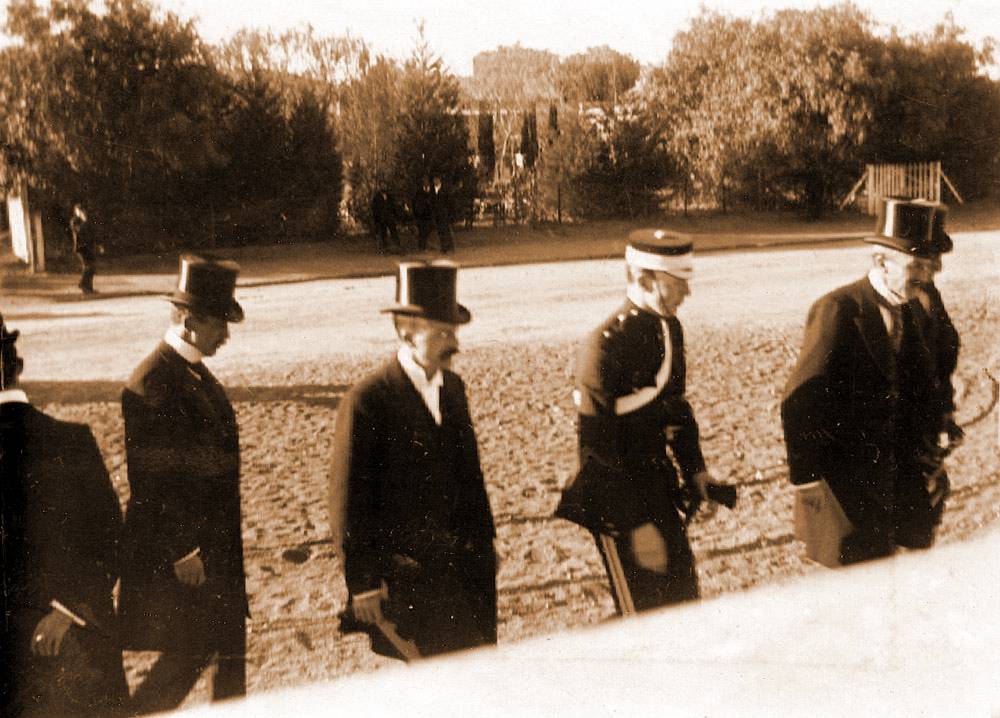 Distrust of Uitlanders increased. Concessions were made by the ZAR government, but they would not grant the Uitlanders full voting rights, because they could see this leading to them losing control of their country. Chamberlain maintained his pressure. Marthinus Steyn, the President of the Free State, sponsored a conference in Bloemfontein in June 1899 in a final attempt to resolve the franchise issue. The British High Commissioner, Alfred Milner, proposed unrealistic conditions – full enfranchisement of the Uitlanders; English to be the language for the ZAR Volksraad; and all laws of the Volksraad to be approved by the British Parliament. The talks collapsed.

In September 1899, Chamberlain demanded full voting rights and representation for the Uitlanders. On 9 October 1899, Paul Kruger, issued an ultimatum giving the British 48 hours to withdraw all their troops from the borders of the ZAR and the Free State, where they had been building up. Britain ignored the ultimatum and on 11 October 1899, the ZAR and the Free State declared war on Britain. The Second Anglo Boer War had begun.

The war had three phases. In the first phase, the Boers mounted pre-emptive strikes into Natal and the Cape Colony. They besieged the towns of Ladysmith in Natal and Mafikeng (Mafeking) and Kimberley in the Cape Colony. The British commander, General Sir Redvers Buller VC, felt that his best approach was attacking up the centre of the country, but saw the necessity of relieving the sieges. He took direct field command in Natal while Lt. General Methuen advanced on Kimberley. None of this went well. Both suffered significant defeats in what became known as Black Week, 10 ‑ 17 December 1899.

This ushered in the second phase. Buller was replaced by Field Marshall Lord Roberts and troop numbers were greatly reinforced. Roberts launched another offensive in early 1900. He relieved Kimberley on 15 February 1900. He then marched on Bloemfontein, the Free State capital, and captured it unopposed on 13 March. While this was occurring, Buller had managed to relieve Ladysmith on 28 February. Mafikeng was relieved on 18 May and the Free State was formally annexed on 28 May 1900. After a short delay, Roberts proceeded northwards to the Transvaal, capturing Johannesburg on 31 May and the capital, Pretoria, on 5 June 1900. The ZAR was annexed on 3 September 1900 and Roberts declared the war over, but he was wrong. Another “Mission Accomplished” moment in history. 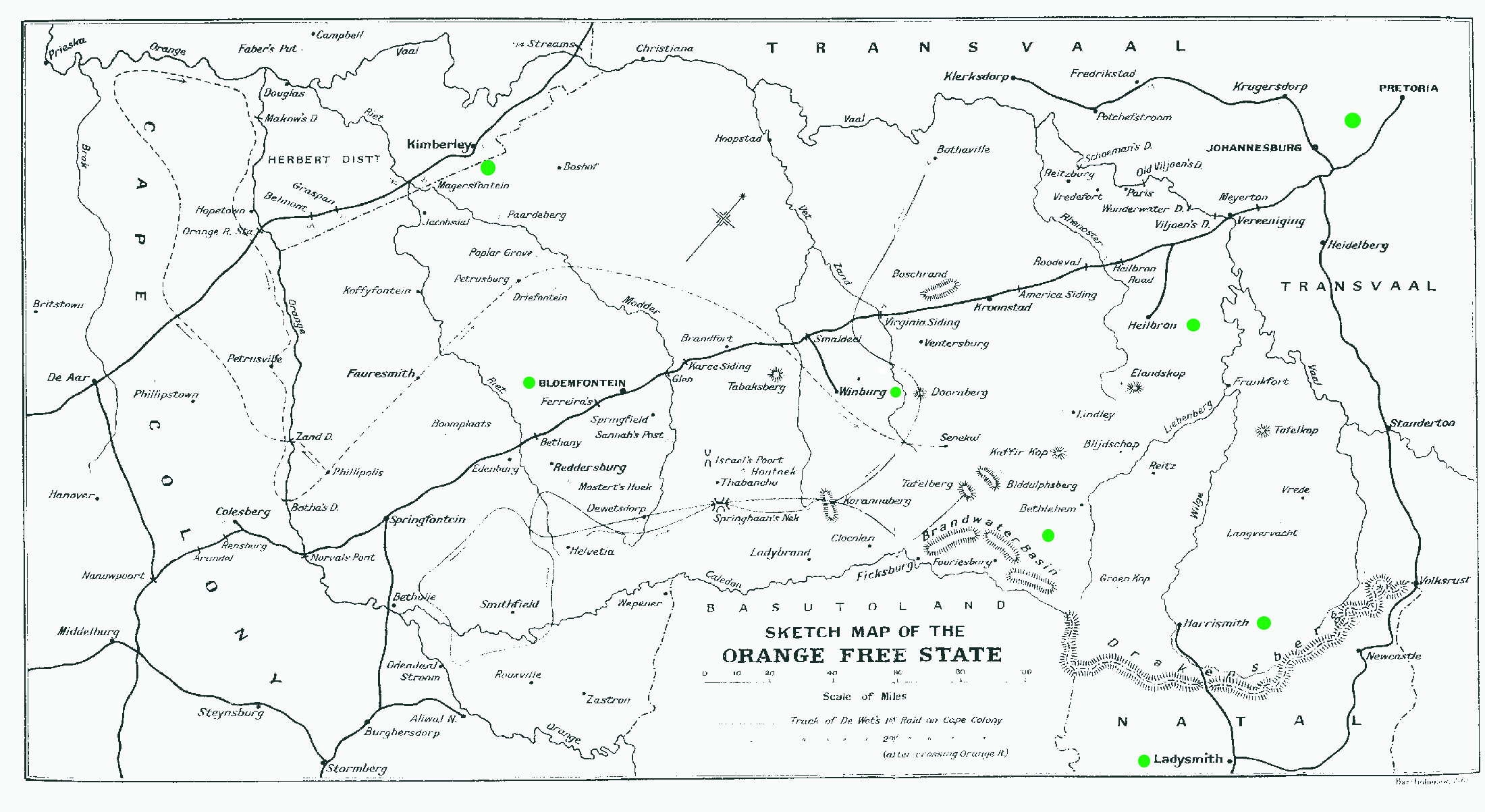 The third, and defining, phase of the war began while the second was still in progress as Boer forces came to terms with the overwhelming might of the dominant military power of the day. They could not sustain a conventional army-to-army war with the British so resorted to a destructive guerrilla campaign. The Boers were extremely capable guerrilla fighters. The long-established Commando system saw all men trained. Farming was a difficult life so they were hard, skilled men who knew the land. They all had horses and were good riders. They all had rifles and could shoot. The landscape was well suited to mounted men who knew the terrain and could live off the land. They were also sustained by the produce of the farms. They were a formidable force that wreaked havoc attacking trains, supply lines, communications, individual British outposts and infrastructure.

The British response was to fortify the trains and the rail system. They built some 8,000 blockhouses to dominate the landscape and conducted big sweeps across the country between the blockhouses supported by increasingly mobile, mounted columns to kill and capture the Boers.

This wore down and eventually overwhelmed Boer resistance and peace was declared with the Treaty of Vereeniging on 31 May 1902.

The British success, however, was not just due to their military response to the guerrilla campaign. Following the capture of Bloemfontein in March 1900, Roberts invited the Boers to lay down their arms and sign an Oath of Neutrality. Those who did would be allowed to return to their farms provided they no longer participated in the war. About 20,000 accepted the offer and were known as “Protected Burghers” by the English and “Hendsoppers” by the Boers. With the intensification of the guerrilla campaign, Roberts felt the need to protect his oath takers and established “Refugee Camps” at Bloemfontein and Pretoria in September 1900.

In June 1900, the guerrilla campaign also prompted Roberts to proclaim that for every attack on a railway line, the nearest homestead would be burnt down. In September he extended this to include every homestead within 10 miles (16 km) of any attack. This policy resulted in more and more Boer women and children being left homeless, so Roberts decided to bring them into the camps too. These families of Boers who continued fighting were termed “undesirables” and grew to outnumber the protected burghers. They were not treated as well as the protected burghers and were frequently given fewer rations than the other camp inhabitants in order to induce their men to surrender. (Pretorius 2019) 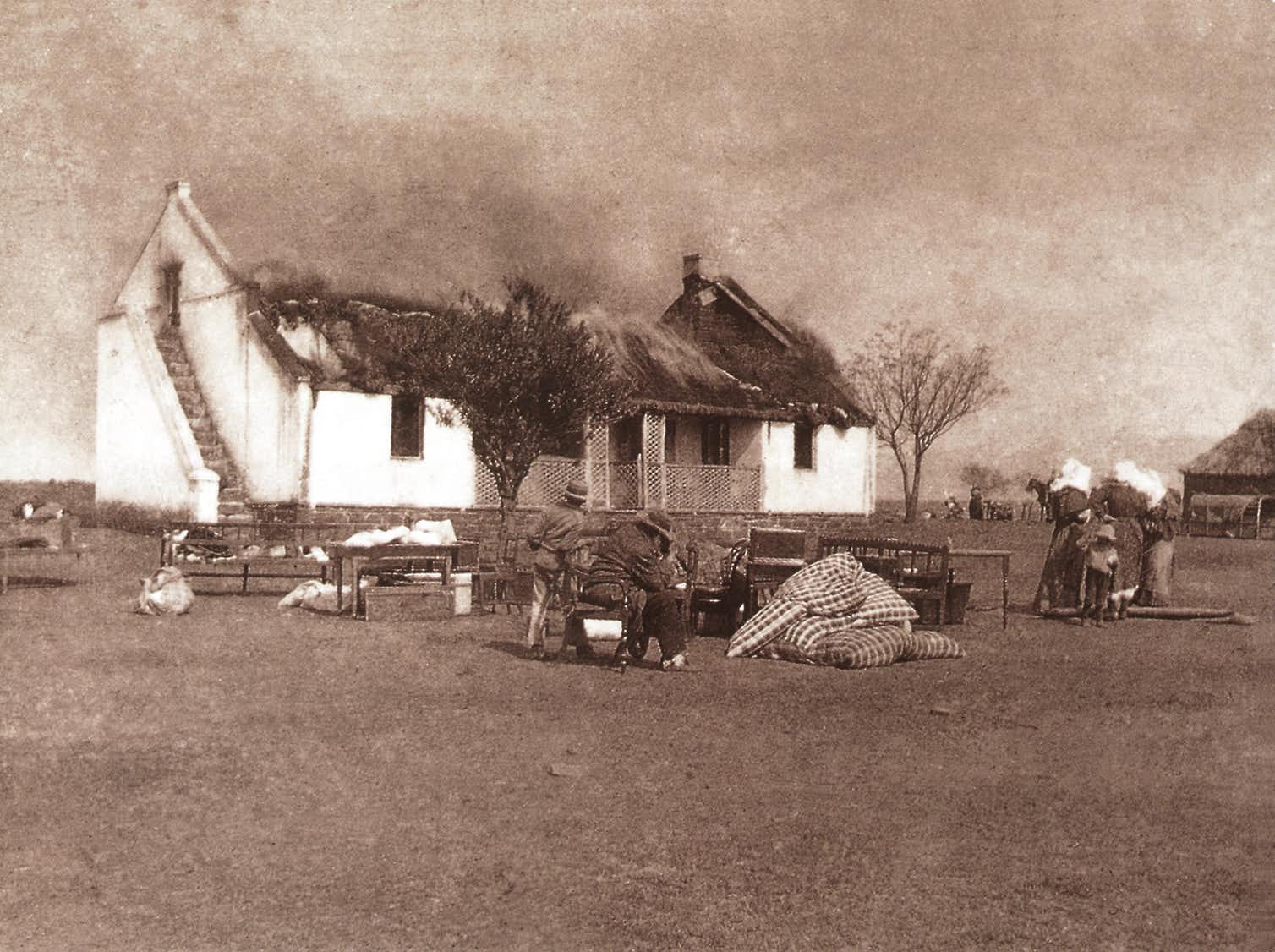 Kitchener took over from Roberts in November 1900 and introduced a scorched earth policy and the tactic of systematic sweeps between the defensive lines created by the blockhouses. The purpose was to kill and capture the Boer fighters and to remove their sources of supply. The British army set about systematically burning crops, removing or killing livestock and burning farmsteads and built infrastructure. They also burnt fodder and supplies that they could not remove. They forcibly removed the women, children and old men from the farms and concentrated them into the system of refugee camps they had established – hence the more recognised name for the camps. The threat of forced removal caused many families to flee their farms. Some hid and re-emerged when the troops had left. Some sought refuge in the mountains. Some simply wandered the veld avoiding the British.

The British also removed the indigenous, black, population on Boer farms to the camps so as to totally depopulate the country areas. They were held in separate camps and the conditions they were held under were worse than in the camps for whites. Thousands died.

There were eventually 45 camps for whites which housed some 100,000 people mainly women and children. Whilst they were not death camps like Auschwitz and other Nazi concentration camps, they still caused incredible suffering and the deaths of tens of thousands of people – mainly women and especially children. Arrogance, indifference, incompetence, and inadequate accommodation, food, sanitation and medicine delivered weakened people to the scourge of the old killers: dysentery, typhoid and measles. Many camp administrations tried their best, but there was also cruelty. The system of providing fewer rations for “undesirables”, for instance, undoubtedly caused unnecessary suffering and deaths.

The poor treatment of inmates was highlighted by Emily Hobhouse 17   who visited the camps at Bloemfontein, Norval’s Pont, Aliwal North, Springfontein and Mafikeng in early 1901 and published a Report on their conditions in Britain in June 1901. (Hobhouse 1901) Her report forced the British government to take notice with comments like these:

The women are wonderful. They cry very little and never complain. The very magnitude of their sufferings, indignities, loss and anxiety seems to lift them beyond tears. These people, who have had comfortable, even luxurious homes, just set themselves to quiet endurance and to make the best of their bare and terrible lot; only when it cuts afresh at them through their children do their feelings flash out. (Hobhouse 1901, 4)

Then a man came up and said: “Sister” (they call me “Sister,” or “Di Meisie van England” [“The Girl from England”]), “come and see my child, sick for nearly three months:” It was a dear little chap of four, and nothing left of him but his great brown eyes and white teeth, from which the lips were drawn back, too thin to close. His body was emaciated. The little fellow had craved for milk; but, of course, there had been none till these last two days, and now the fifty cows only give four buckets, so you can imagine what feed there is for them. I sent ––– for some of this, and made him lay the child outside on a pillow to get the breeze that comes up at sunset. I can’t describe what it is to see these children lying about in a state of collapse. It’s just exactly like faded flowers thrown away. And one has to stand and look on at such misery and be able to do almost nothing. (Hobhouse 1901, 5; 31 January, Bloemfontein)

The British transferred control of the camps from the army to civilian authorities in March 1901. (Scott 2007,85) An action that was at least in part influenced by Hobhouse. The Government also agreed to appoint a Committee of Ladies, chaired by Millicent Fawcett, to enquire into conditions. (Fawcett 1902) Hobhouse, however, was prevented from serving on the committee and when she tried to return to South Africa, she was deported. The government clearly wanted a “balanced” report and some of the Committee’s commentary is undoubtedly couched in deliberately positive language. Spin if you like, but their attention did improve conditions. Nevertheless, the death toll was still significant with some 28,000 deaths of whom some 22,000 were children under 16. 18

Three camps, in particular, are relevant to the Liddell story – Harrismith, Heilbron and Winburg.

The people and the places ◄ ● ► Harrismith and its concentration camp