YOU ARE HERE: Boer or Brit ► Die Vryheidsoorlog

Boer or Brit ◄ ● ► The people and the places 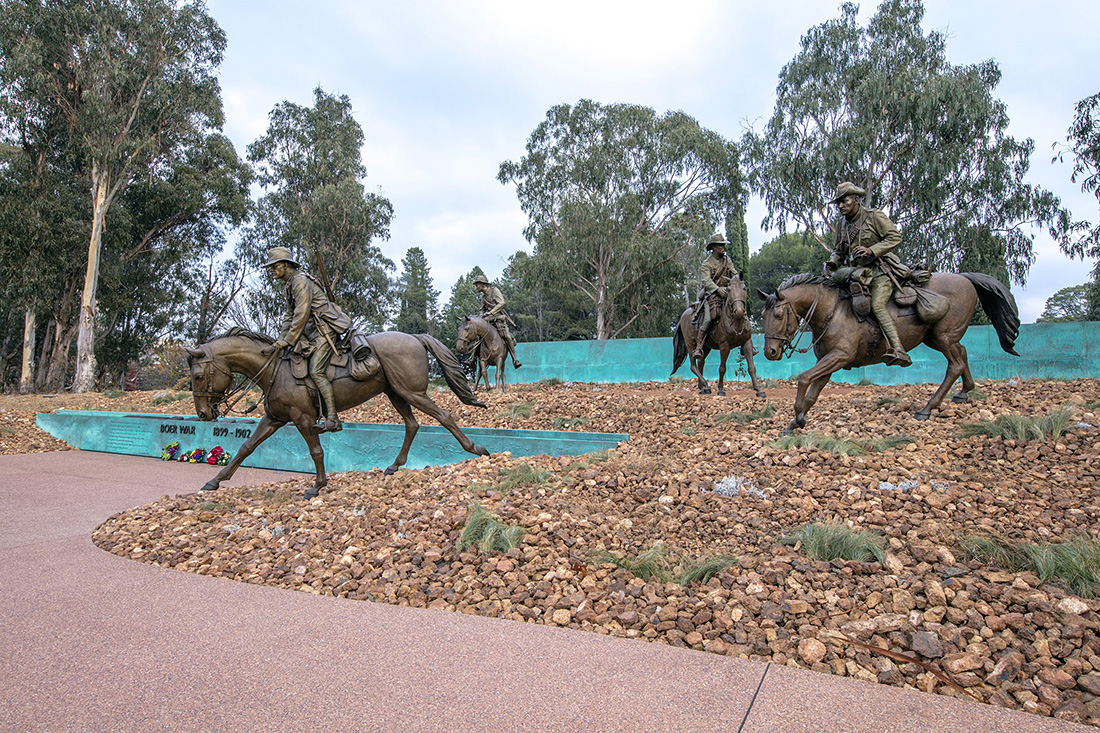 The backdrop to the events was the war which the British refer to as the Boer War and for which there are countless memorials across the old British Empire. But the Afrikaners, the Boers, refer to it as Die Vryheidsoorlog (The War for Freedom) and this nicely encapsulates how they perceived the struggle.

The Boers had a long-standing antipathy to British rule dating back to 1795 when the British invaded the Cape at the Battle of Muizenberg following the proclamation of the Batavian Republic. The British withdrew in 1802, but returned in 1806 to protect their navigation routes to India when Napoleon Bonaparte took control of the Netherlands and installed his brother as king of the new Kingdom of Holland. The British captured the Cape again at the Battle of Blaauwberg, and this time stayed. The British Government’s efforts to Anglicise the colony, the emancipation of slaves and restrictions on the use of Dutch all rankled and matters came to a head in the mid 1830’s when the Boers began to trek into the interior beyond British control.

Orange Free State
There was much political manoeuvreing in the area north of the Orange River between the Boers, the British, the Basotho and the Griqua (mixed race groups who had moved out of the Cape many years before). This culminated in the Governor of the Cape, Harry Smith, annexing the area between the Orange and Vaal rivers in 1848 as the Orange River Sovereignty. After Smith’s recall to London, the Orange River/Bloemfontein Convention of 1854 recognised the independence of the Boers in the Free State. They bought out the sovereign interests of the Griqua chief, Adam Kok, in 1861 and established their position in the east with the Basotho by 1869 by force of arms.

Diamonds were discovered in 1867 on Kok’s old lands near the confluence of the Vaal and Orange rivers, and further discoveries were made in 1871 near what is now Kimberley. The town was established in 1878 and named after the Colonial Secretary. The Free State claimed the land because of purchasing Adam Kok’s rights, but the remaining Griqua disputed this and supported an incorporation of the area into the Cape colony by the British in 1880. This caused a lot of resentment.

Zuid-Afrikaanse Republiek (ZAR)
In 1852, at the Sand River Convention, the British recognised the independence of the Boers occupying the land north of the Vaal River, the Transvaal, as the Zuid-Afrikaanse Republiek. In 1877, because of ongoing border disputes between the Transvaal and the Zulu, and also because of a growing desire to unite the various territories in southern Africa, the British annexed the Transvaal and occupied Pretoria. The Republic was nearly bankrupt and with the threat from the Zulu unresolved, the Boers acquiesced to the annexation and supported British efforts to contain the Zulu. These efforts precipitated the Anglo Zulu War from January to July 1879 which culminated in the destruction of the Zulu kingdom.

The removal of the Zulu threat allowed the Boers to increasingly agitate against the annexation of 1877. In December 1880 the Boers revolted, signalling the start of the brief First Anglo Boer War which lasted until March 1881. The British were soundly defeated, but not wanting to commit the resources to an ongoing conflict, they sought a treaty, and at the London Convention of 1884, once again recognised the territory as independent.

The discovery of gold on the Witwatersrand in 1886 changed everything and led to ongoing and escalating tensions. Colonial ambitions and the lure of profit re-invigorated the desire to bring the area under British control. Revenue from mining, however, empowered the ZAR government and allowed them to purchase modern armaments with which to defend themselves.

The Boers felt threatened by the massive influx of foreigners and were worried that they would be swamped and their culture and way of life overwhelmed. They therefore resisted moves to allow Uitlanders (Outlanders/Foreigners) political rights. This was resented by the immigrants and the British government who used the issue to stoke unrest and as an excuse for intervention.

The scene was set for war.

Boer or Brit ◄ ● ► The people and the places