The Stevens family was significantly involved in cricket in the Witham area and Essex more broadly.

Enquiry into the newspapers of the day does not find any reference to Richard Walford as a cricketer, but does find quite a lot regarding his brother, Charles Richard, as a keen cricketer. He is referred to in a number of reports on local cricket matches. In a time before the County competition, he also played for the Gentlemen of Essex, a precursor to the county team.

Richard Walford’s half-brother, Francis Hewitt, distinguished himself as a cricketer at Felsted School and also went on to play for various Essex teams.

Their brother-in-law, Frank Postle Bawtree, also took a keen interest in cricket. A photograph published in 1932, but dated to c1878, 1  shows Frank Bawtree and Charles Stevens posing with other members of the Witham cricket team. Frank is noted as being the captain and is the tall man with the black hat and cricket ball just right of centre. Charles Stevens is standing on his left with a white cap holding a cricket bat. Frank Bawtree was a partner with his father-in-law, Richard Stevens, in the legal practice Stevens and Bawtree, and later went into partnership with Charles Richard and Francis Hewitt in the firm Stevens, Bawtree and Stevens.

Another of Richard Walford’s brothers, William, also took a keen interest in the local cricket team although there is no public record of him playing the game. He did, however, play a significant role in the management of the club. An article published in the Essex County Chronicle in March 1919 2  regarding a meeting of the club following the end of WWI, provides an interesting insight into the running of the club. William is named as being a member of the Committee of Management and “for many years honorary secretary”. He was elected Chairman of the meeting because of the absence of the President.

When discussing the state of the wicket, Mr H.F. Bawtree commented, “Last year we had what is known as ‘a gardener’s wicket.’ (Laughter.)” To which the Chairman (William Stevens) replied. “It has been thrown in my teeth several times during the war that the Witham cricket ground should have been ploughed up to grow food, but I consider that it was far better to maintain the cricket ground to provide outdoor recreation for our soldiers than to grow potatoes to fill the stomachs of the British public, (Hear, hear.)” 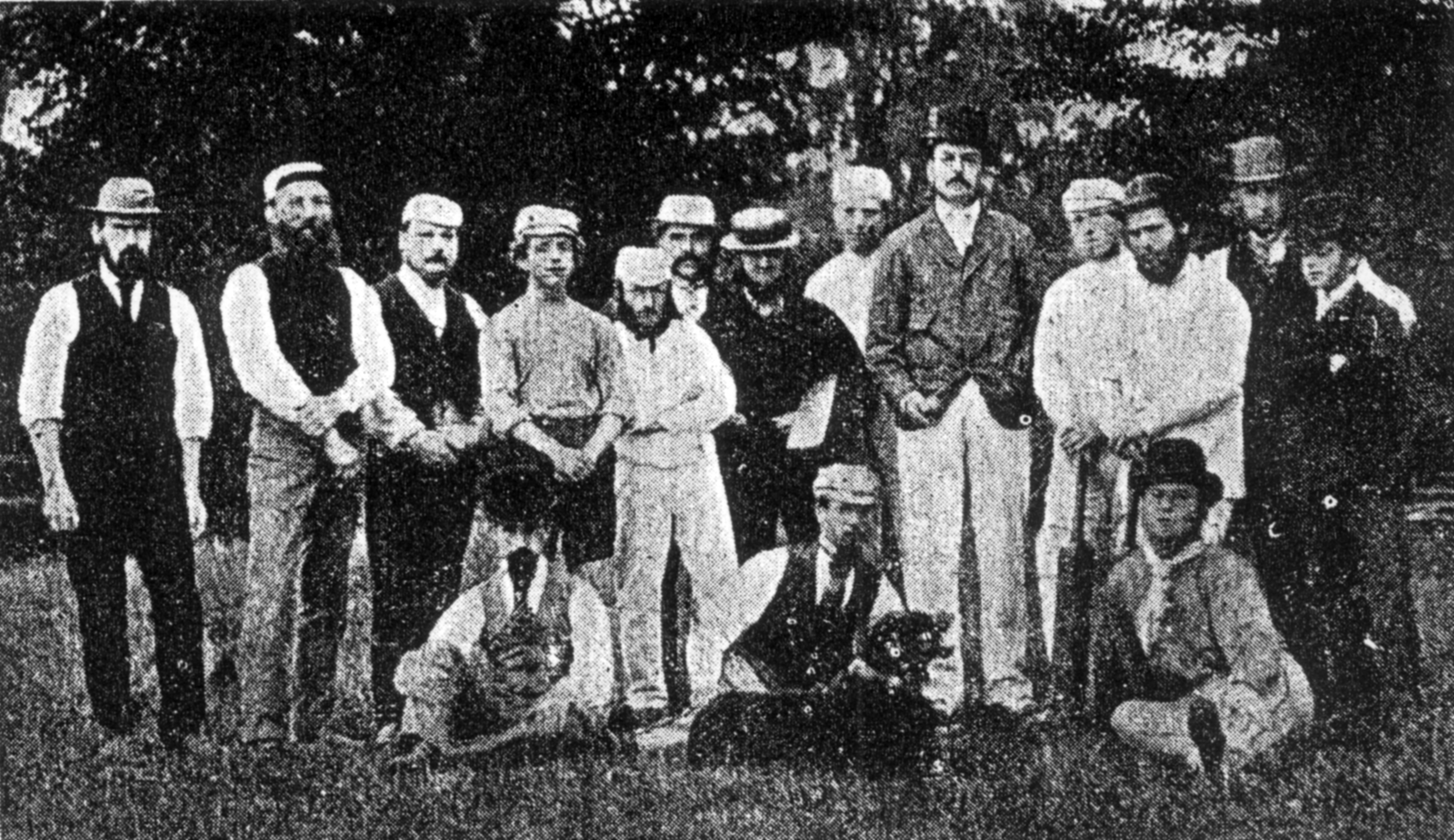 The cricket ground had in earlier years been part of the estate attached to Witham House, a grand mansion in Newland Street diagonally across the road from 100 Newland Street (Batsford) where the Stevens family lived. The mansion was built in about 1750 by Jacob Pattison a prominent merchant. When his great-grandson, and then owner, went bankrupt in 1859, the mansion was acquired by the land and real estate agent Robert Partridge.

The cricket ground is still in use today.

The most historic game played by the club on this field was undoubtedly the game against the touring Indigenous Australian team in 1868.  The first ever national cricket touring team. The family connection to the game is Charles Stevens who was one of the organisers as is shown in the advert reproduced at the start of this article. 3

He also played in the match which was easily won by the touring team as this report from the Chelmsford Chronicle of 18 September 1868 4  shows:

THE AUSTRALIAN ABORIGINALS AT WITHAM.

Witham on Monday and Tuesday last wore an air of unusual life and gaiety on the occasion of the long-looked for visit of the “blacks” – not, as one might suppose, the shoe-blacks, but the well-known original troupe of native Australian cricketers, who had been engaged to play a match against eleven of the Witham club, and also to appear in a variety of native Australian sports. The “double event” came off in the grounds of Witham House, the use of which was kindly granted for the occasion by R. Partridge, Esq., and here a grand stand had been erected, and every preparation made for the comfort of visitors, not the least important being an abundant supply of creature comforts in the refreshment tent of Mr. H. Hawkes, of the Saracen’s Head, Braintree. The “blacks” arrived at Witham on Monday by the 10.30 train from London, and play was commenced at half-past eleven, in the presence of a large concourse of spectators. The play was good on both sides, but, as was expected, the Aboriginals proved “too many” for their opponents, and when the game was brought to a close on Wednesday the Witham gentlemen were literally “nowhere.” At the close of the match, racing, jumping, and other athletic sports took place and considerable interest was excited by the sports of the blacks in their native costume.

The following is the score: –

The traditional names of the players were: 5

“Lawrence” was Charles Lawrence, an Englishman and the team captain.

The commentary reflects the racial attitudes of the day, but the tourists were much stronger than the ‘gentlemen’ of the local Witham team. They made 184 in their first innings and dismissed Witham for 82 and 59 to win by an innings and 43 runs. Charles Stevens made 4 in the first innings and did only slightly better in the second, making 6. Two other players for Witham were William and John Partridge, Robert’s sons. William made 18 and 2 while John made 0 and 9no. None of them did very well, but it should be remembered that Charles Stevens was only 17 years old while William and John Partridge were 16 and 14 respectively and were playing against men. One must also wonder whether being Robert Partridge’s sons helped William and John gain selection to the team.

There is a question as to Charles’s dismissal in the first innings as he is shown as, “c. ditto”. The “ditto” undoubtedly indicates Mullagh, but when a player is caught, the bowler’s name is also given. So it is not clear whether he was caught by Mullagh with the bowler’s name omitted or whether he was bowled by Mullagh with a misprint of a “c” instead a “b”. The latter seems the most likely.

The event appears to have been enjoyed by all.